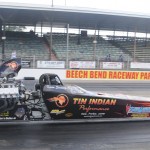 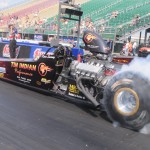 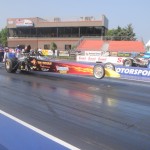 The Quickest Naturally Aspirated Pontiac race car in the WORLD and the  1st NA Pontiac engine Powered quarter mile Pass in the 6s!

On April 23, 2010 we ventured out to Summit Motor Sports Park in Norwalk, Ohio to test out all of the R&D that had been done over the winter with our 1000+ HP KRE High Port Headed MR-1A powered power plant and reset the Naturally Aspirated Pontiac record! Not only did we reset our own record but we were the first to break into the 6 second barrier with naturally aspirated traditional Pontiac power! This is a true milestone in Pontiac performance.

I would like to thank the Bader family and the staff at Summit Motor Sports Park as well for maintaining a fantastic facility and giving us a stellar track to make these passes.  Track data showed we still have some room for improvement and we hope to get out again here very soon. We firmly believe this combo has .70s in it maybe more.

Reaching this milestone has taken a lot of hard work and dedication from quite a few people. I would like to give special thanks to Mark and Jeff Kauffman of Kauffman Racing Equipment. Without their support, knowledge, and dedication to not only my racing program but the entire Pontiac hobby, this would not be possible. Mike Williams, Bill Mellott, Steve Kauffman, Kenny Criss, and Nathan Morris have also been instrumental in the success of our racing program as well.

Thank you very much for all you do for me and Tin Indian Performance!

We held both ends of the record (ET and speed) until 2013 where Mark Kauffman set the speed record at 197 mph in his Pontiac GXP.

The engine combination that is in the car NOW features a MR-1A aluminum Pontiac block that displaces 535 ci.  Engine is topped off with a set of KRE Warp 6 Pontiac cylinder heads, custom billet runner KRE intake manifold and a pair of custom Pro-System Dominators. 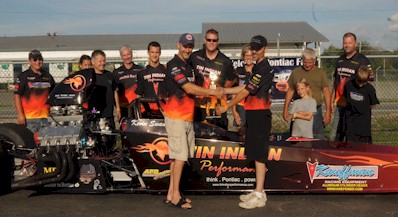 In 2009 we acquired Jeff Kauffman’s 2002 Cameron Race Cars Pontiac Rear Engine dragster.  This was a proven chassis as Jeff Kauffman set the fastest Pontiac ever record at Norwalk Raceway Park in 2008.   We felt that the “blue digger” was chassis limited with the amount of power we wanted to throw at the car. 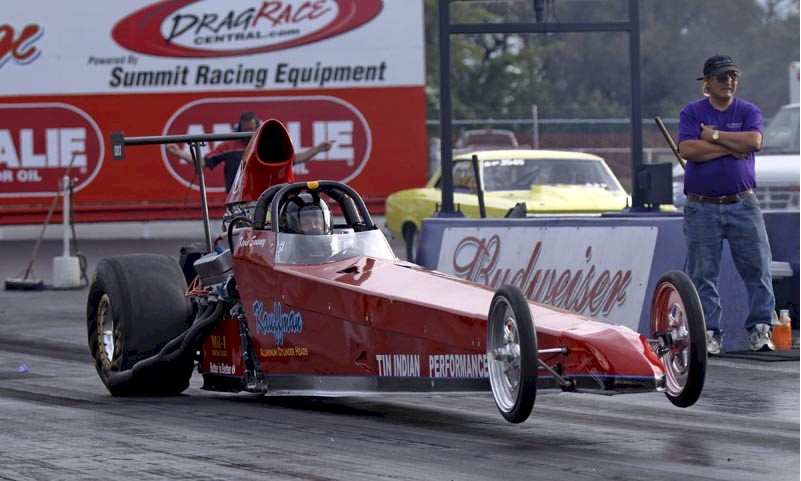 Tin Indian Performance’s Pontiac powered dragster on a 7.14 pass launching with the wheels up

On September 25th we ventured out to Summit Motor Sports Park in Norwalk, Ohio and reset the Naturally Aspirated Pontiac record! Testing data showed we still have some room for improvement and we hope to get out once or twice more before the end of the season. The Tin Indian Performance Dragster ran a best of 7.14 @ 186.51. We also ran a 7.19 that day @ 187 mph which is our best MPH to date as well. We now had the quickest and fastest naturally aspirated Pontiac in the world! 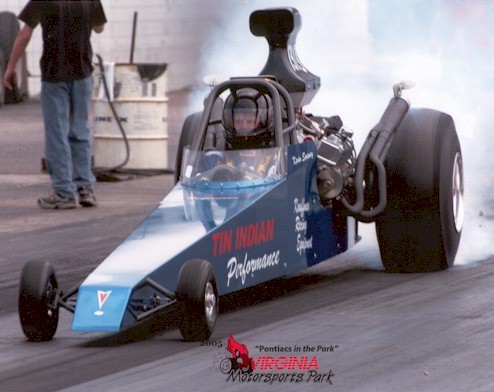 We reset the Pontiac Naturally Aspirated Record with this combo on  9/28/07 @ Norwalk Raceway Park.   Tin Indian Performance Pontiac powered dragster ran a 7.37 @ 179 mph which where the record stayed until we ran our new KRE high port headed 535 combo in our new Pontiac dragster described at the top of the page. 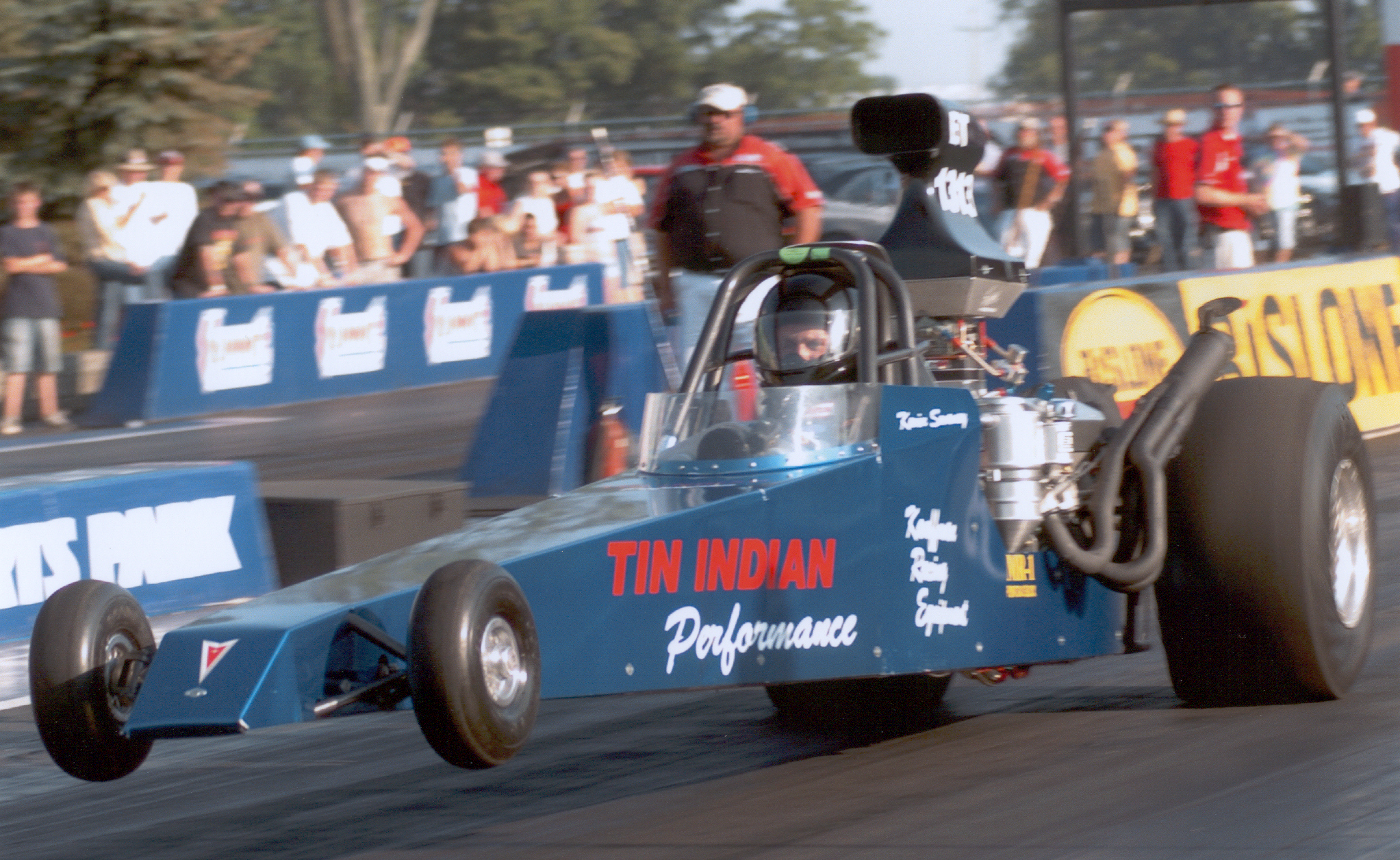 Tin Indian Performance dragster ran a 7.50 @ 175 mph at Norwalk 2007 and we took the  #1 qualifier spot in the KRE Quick 16 @ the Tripower Pontiac Nationals with a KRE High Ports on top of an MR-1 Pontiac block!